Describe yourself in three words:

Loyal –  I have a great appreciation for those that put their trust in me.  I show my gratitude by being loyal.

Calm and thoughtful – Finance is a stressful environment in which results need to be delivered in a timely manner.  With this in mind, I try to stay calm and plan out strategies in a thoughtful manner.

Closer To the Heart, RUSH. It’s a classic and one of the first songs to launch RUSH onto the international stage and a career that landed the band in the Rock and Roll Hall of Fame.

Raiders Of The Lost Ark. It’s adventure, drama and comedy all in one and a favourite of many that grew up in the 1980’s.  The American Film Institute ranks the movie 60th on its all time movie list.

Catch 22: My Battles, in Hockey and Life

I am a Leaf fan and the book brings back memories of my childhood cheering on the team.  The book also details the trials and tribulations of one of the great Leaf players.  It provides insight into what it was like playing for the Leafs during a period in which they had an owner that was very colourful and always seemed to be in the media for the wrong reasons.

Coca-Cola.  It is the company with which I began my Finance career.  I worked with some great people and it really gave me a good base for which I conduct myself professionally today.

What’s your favourite thing about working at Danavation?

The product is unique and something to which I can relate. I have spent my many years in Finance trying to use technology to try and eliminate non-value added tasks and deliver reports more efficiently.  Danavation has created a product which eliminates the need to manually change prices in retail stores.  This eliminates a non-value added task for retailers and allows the retailer to focus on value added tasks like increasing revenue.

Quote to live by:

You miss 100 percent of the shots you never take.  Wayne Gretzky.

Fun fact about you:

I listen to Hard Rock music.  You’ll find “Hair Nation” on my car radio.  I went to many Heavy Metal concerts in the 1980s.  I use to have long hair and a large portable cassette stereo system which I took everywhere.

If you were a superhero, what would be your superpower?

The ability to communicate telepathically with both humans and animals.  I like the ability that Aquaman had to summon marine life and assist him for the greater good.  It would be good to have this superpower on land with animals as well as humans.

What is your greatest accomplishment?

Being married 21 years to the same person.  We have 3 children and everyday seems like a different adventure.

Your favourite tradition in your household?

Celebrating both the Canadian and US Thanksgivings.  My wife was born in the US and became a Canadian citizen after moving to Canada.  As a result my 3 children have dual citizenship.  We recognize holidays in both countries.  As a result I get to enjoy a turkey and pumpkin pie in October and in late November.

I indulge Lays potato chips more than I should.  We seem to keep a stock of Lays chips around our house due to my wife and 3 children watching a lot of Netflix.  I need to learn to look the other way when I see Lays.

Three travel destinations that are on your bucket list:

Which actor/actress would play you in a movie about your life?

Chris O’Donnell.  Some people say I look like him.

What do you think is the greatest invention of all time?

Insulin –  Sir Frederick G Banting (1921).  I am diabetic and have a great appreciation of this discovery and the work of Frederick Banting.

How many languages can you speak?

I can only speak English.

You’re hosting a dinner party. Eight people seated at your table. Living or dead, who would you invite?

Three things you cannot live without?

I am an avid fisherman.  I am fortunate that my family has a cottage on Lake Simcoe and I can get out on the lake every weekend.  Fishing allows me to relax and get away from the stressful world of Finance.  What makes this even more enjoyable is when my sons come out with me.  It is enjoyable to be sharing this time with them.

I enjoy classic cars.  In my teens I restored a 1969 muscle car with my father.  I still have the car.  Whenever I drive the car I am reminded of the many hours my father and I spent together working as a team to make something that is a classic. 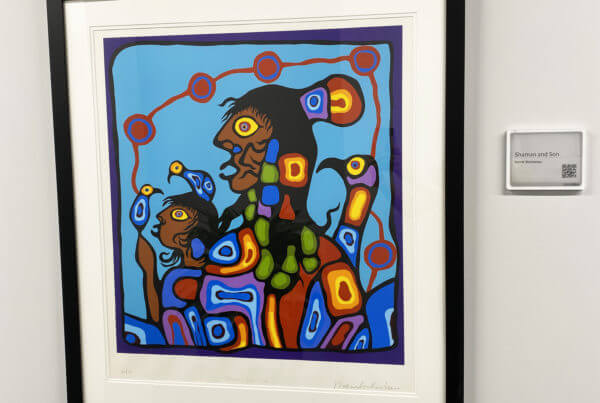